Tokyo – the current capital city of Japan – is located in the east of Honshu Island on the Kanto Plain. Tokyo has a population of fourteen million and an area of over two thousand square kilometers.

The history of Tokyo has deep roots: scientists have established that the first settlements were built in the Stone Age. In the seventh century, a general founded a fort on the shores of Tokyo Bay. And from the middle of the fifteenth century, the fort began to grow and by the eighteenth century it had become a large city, and one of the most significant in all of Japan. As a result of the political repression of the nineteenth century, the capital was moved from Kyoto to Tokyo. From that moment on, industry began to develop rapidly in the new capital, mainly shipbuilding and the construction of railways. The first railroad was built from Tokyo to Yokohama in 1872. In September 1923, a major earthquake struck the suburbs of Tokyo, destroying most of the city and causing a huge fire. The city began to slowly rebuild, but during the Second World War it was again destroyed and burned to the ground. Residents began to rebuild their capital and the restoration continues to this day, scientists also practice the creation of artificial islands.

One of the most famous attractions is the artificial island of Odaiba, which is a popular shopping and entertainment center that attracts the attention of tourists with its extraordinary origin: the island is “sprinkled” of industrial waste in Tokyo Bay and is connected to Tokyo by the Rainbow Bridge – another landmark of Japan. The Rainbow Bridge got its name from the lanterns that illuminate the cables that hold the bridge in bright colors every evening.

The Shibuya area has gained its popularity as a center for tourism and entertainment due to a number of attractions. For example, it was at the Shibuya station that Hachiko came for nine years in a row and waited for his master. There is now a statue at the station, symbolizing loyalty and a meeting place, extremely popular with tourists. The Shibuya diagonal pedestrian crossing is a separate cultural monument – every day over one hundred thousand people cross the road in this place, which makes this crossing one of the largest in the world.

The Nishi-Shinjuku area is primarily known for the first construction of skyscrapers in the whole of Japan began in this area. Today Nishi-Shinjuku is the central business center of the entire country. It is in this area that the headquarters of the Japanese government is located.

Located in the central part of the island of Honshu and the main city of the prefecture of the same name, Kyoto is one of the most famous cities in Japan. The city covers an area of over eight hundred thousand square kilometers. The population of Kyoto is about one and a half million people. 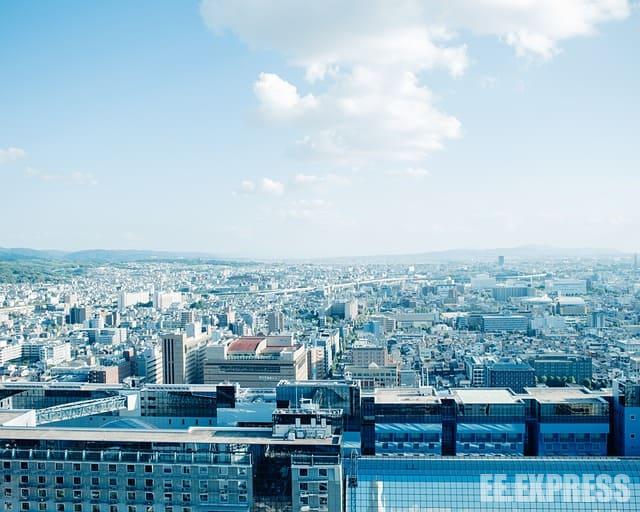 A bit of history: the territory of present-day Kyoto has been inhabited since ancient times – this is confirmed by the found archaeological sites, the age of which is determined more than a hundred years before our era. The unfavorable climate for a long time hindered the development and settlement of the territories until the seventh century AD, when the head of an aristocratic family established his residence there and began to develop the weaving craft. In the eighth century, the emperor decided to move the capital from the city of Nara to the not yet founded Nagaoko, the reason for which was a lot of political repression. The construction of the new capital lasted ten years and was suspended due to the death of the chief architect and a flood that destroyed almost the entire city. After this incident, a few months later, the emperor ordered the construction of a new capital in the Kyoto depression. It was called “the capital of peace and tranquility” – Heian.

The main attractions of Kyoto are:

The Imperial Palace, which is widely known throughout the world as the residence of the Emperors of the Northern Dynasty, which appeared after the split of the Imperial House. After the merger of the two dynasties, it acted as the main residence. The Imperial Palace complex is located in the northern part of Kyoto. The beauty of the architectural ensemble of the palace pleases the eye every day, everyone who comes to get acquainted with its rich history.

Famed for its authentic theaters, okyas and teahouses, Kyoto’s Ponto Cho district is located on Kyoto’s main street and spans both banks of the Kamo River. First of all, the Kaburenjo Theater brought fame to the area, where to this day the Kamo River Dance Festival “Kamogawa-odori” is held, which gives a unique opportunity to see real geishas.

Fushimi Inari Temple is a temple complex on Mount Fushimi, which, although it was built in the sixth century, gained its fame only in the eleventh century, when it became a place of pilgrimage for the emperor. The main temple is located on the top of the mountain, and on the way to it, there are a huge number of small sanctuaries. A distinctive feature of the temple is the multitude of fiery-red ritual gates – over ten thousand thoriums, standing so tightly to each other that they form an integral corridor. Torii – offerings to the temple from wealthy people and large companies, as a sign of the fulfillment of their desires and good luck. Usually the donor’s name and message are engraved on a copper plate and attached to the back of the gate.

It is impossible to imagine Kyoto without the “Gold” and “Silver” pavilions. Kinkau-ji is a temple built in the twelfth century by Kintsune Sayonji and belonged to his family for about a century, but then was confiscated due to an attempted coup d’etat and passed into the hands of Emperor Yoshimitsu, and later his son, who turned it into his residence. – The Palace of the Northern Mountains. First of all, the “Golden Pavilion” is known for the fact that the two upper floors are lined with pure gold. On the first floor – the Hall of Purification – there is a statue of Buddha Shakyamuni, and on the third floor – the Top of the Void – the relics of Buddha are located. The second floor was residential.

On the roof of the pavilion there is a statue of the Phoenix, as a symbol of the inviolability of the imperial house. Thousands of people come every day to admire the unique beauty and charm of the pavilion. The “younger brother” of the Golden Pavilion, Ginkau-ji, was built by the Emperor under the impression of visiting Kinkau-ji. He hoped to cover it with silver sheets following the example of the Golden one, but because of the war, construction stopped and it was never covered with silver. The last imperial will was to turn the pavilion into a monastery, which happened later. The posthumous monastic name of the Emperor in Zen is Merciful Radiance, Jisho, which reflected his generosity and broad soul, which he put into his labors. In our time, only a small part of the authentic buildings have survived from both pavilions, and all of them have been turned into museums and treasuries.

What to order from the USA
Customs clearance in Ukraine
Delivery from Aliexpress
Exhibitions in China 2019
How to make money on Aliexpress in Ukraine
Share on your social media page:
Japan